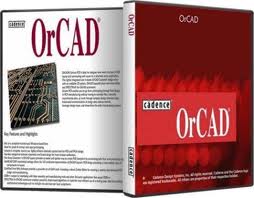 For the 16.3 release, the Cadence OrCAD development teams were focused on four key areas; usability, performance, design flows, and scalability. This newest release contains significant improvements in Cadence OrCAD Capture and Cadence OrCAD PCB Editor, as well as major usability overhauls for the Cadence PSpice® A/D and Cadence OrCAD Signal Explorer products. With the goal of boosting tool performance and user productivity through new features and functionalities, every user of OrCAD technology will benefit from this release.

Auto-Wiring: OrCAD Capture 16.3 now includes an auto-wiring feature that allows users to wire two or more pins or wires on a schematic page. With this new functionality, wiring between component pins is as simple as selecting a starting pin and a destination pin and letting the software add the connection - all automatically and quickly.

Design Navigation Improvements: In OrCAD Capture 16.3, users can create intersheet references on flat designs as well as simple or complex hierarchical designs. The design navigation now includes a signal navigation feature to navigate the connected signals on a design. Users can select and highlight the signals from the browse list.

User Interface Enhancements: OrCAD Capture 16.3 users can now change the color, line style, or line width of a wire or net; the color of a block; embed or link an object or image; and place elliptical arcs and multi-point bezier curves on schematic pages.

OrCAD PCB Editor 3-D Footprint Viewer: The OrCAD PCB Editor 3-D Footprint viewer provides a three dimensional view of the footprint symbol of a selected part on the schematic or the part editor. Along with the footprint symbol, the viewer also displays pin numbers and pin names, and can be rotated to view different perspectives. A 3-D measure tool can be used to measure points in x, y, or z axis. free download Cadence OrCAD 16.3

Scripting Support: OrCAD Capture 16.3 includes a TCL/TK scripting functionality that allows users to execute a command through a command prompt. The command can be stored and replayed later. This capability gives users more time to identify the type of script (set of steps) that is required for a specific task.

Check and Save: The new Check and Save option (available through the project manager file menu) allows users to run a DRC on the currently checked rules in the DRC dialog.

Power Pin Enhancements: OrCAD Capture 16.3 now includes a new Assign Power Pins command that allows users to select the power pins on the design they want to route and then set all the other power pins as NC pins.

Relational Data Report: When users include relational data in their reports, they can also choose the display format for this data. Relational data can be displayed horizontally (in the same row) or vertically (one line item per related data). The maximum number of related child items to output can also be specified.

Variant Not Stuffed: Users can use the new Variant Not Stuffed Qty 0 option if they want their reports to include any variant parts that are not present. These parts will be displayed in the report with zero quantity.